The Dwarf Sports Association UK (DSAuk) held its annual National Boccia and Badminton tournament during the first weekend in October. They received 73 entries for the 2018 competition right the way from U9’s through to the Masters category.

In the build up to the event the DSA received a variety of entries and this year saw an increase in the U9/U11 and Junior age category. Also this year’s event saw an increase in the number of people entering both Badminton and Boccia, resulting in organisers working harder than ever to schedule the competition. With many participants looking forward to taking part in both the Boccia and Badminton competitions, DSAuk had to revise the competition schedule to ensure they could fit everything in.

The badminton competition featured both singles and doubles format, whilst the Boccia tournament saw participants take part in singles and team competitions. There was also the opportunity throughout the weekend for individuals to have a go at either sport even if they had not tried them before with Jack Shephard and Krysten Coombs on hand to support the younger athletes.

On the Friday evening a group of DSA members went across to the venue to set up for a 9:30am start the following morning. After a few hours of solid graft the group had set up 6 Boccia courts, the merchandise table, results desks and were ready for the 73 competitors the next morning. A big thank you to everyone who helped on the Friday evening!

The Saturday’s competition began with Junior’s playing Boccia Singles and Senior’s playing Badminton Singles. There was some excellent talent on show as well as some individuals playing the sports for the first time. During the afternoon Senior’s played Boccia and Junior’s played Badminton. The U11 and U9 Badminton matches were fantastic to watch as individuals were starting to grasp the sport and playing for the very first time on some occasions. The DSAuk is about introducing sports to athletes of all ages and ability and letting them to have go, as well as fierce competition and rivalry as they get older.

One new athlete posted this quote on facebook “This is the first time I have been along to the Boccia and Badminton tournament and I am really looking forward to having a go for the first time. I cannot wait to play against other people my age and to make new friends”.

On the Sunday all ages played Badminton Doubles and Boccia Teams. During the badminton doubles we tried to match people up to ensure the competition is fair. This year some of the older Junior’s were partnered with a younger athletes ensuring they were on hand to mentor them and show them the ropes. It was fantastic to see the supportive nature of many young members and everyone working together as a team.

The final competition of the weekend is the Peter Sugden Trophy which is a round robin competition played between the Winners of the Junior, Senior and Masters Single Boccia. This year Jack Wilding came away with the trophy for a second year. Well done Jack.

The National Boccia and Badminton Tournament is not just about the competition, it’s a great opportunity for people with restricted growth and dwarfism to simply have fun being active and make some new friends in the process. 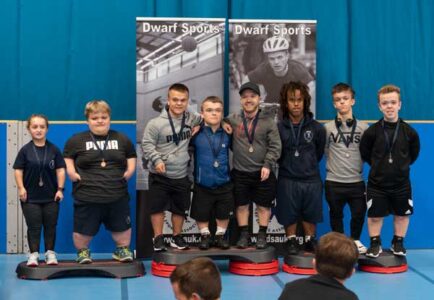 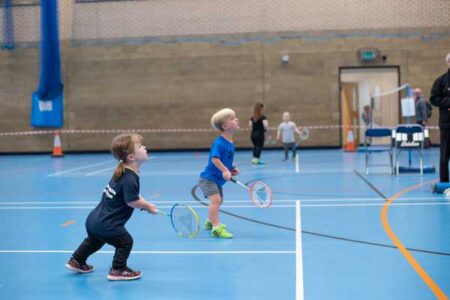 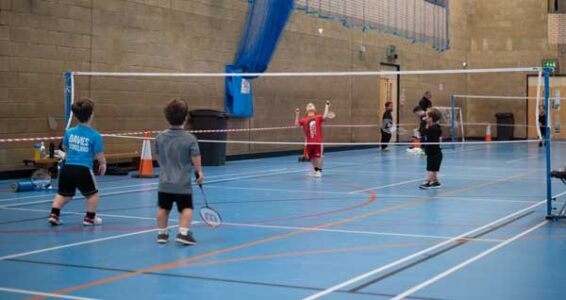 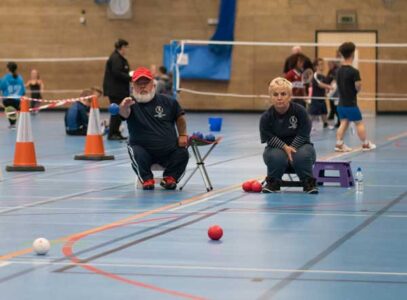 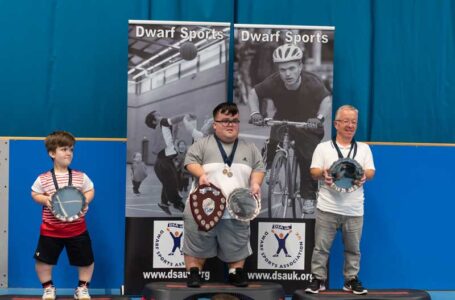